We first consider the high-pass portion to the 6” upper bass driver (an excellent unit by Foster, proprietary to NHT). The driver’s Thiele-Small parameters are given in this table:

The mid-bass driver is enclosed in a separate sub-chamber with an approximate volume of 13.5 liters. The near-field SPL response with the stock crossover is shown here: 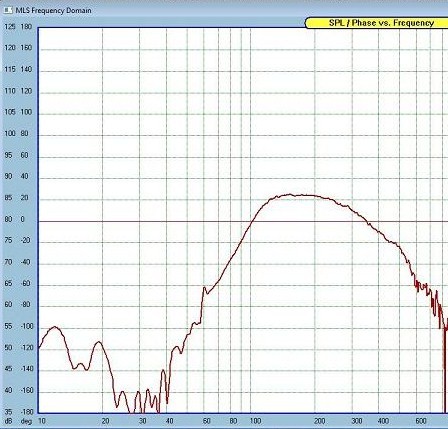 The high pass is seen to be acoustically a 4th order slope with a response resembling a Butterworth (Q=0.7). With the crossover disconnected and the driver addressed directly, the near-field SPL is shown here: 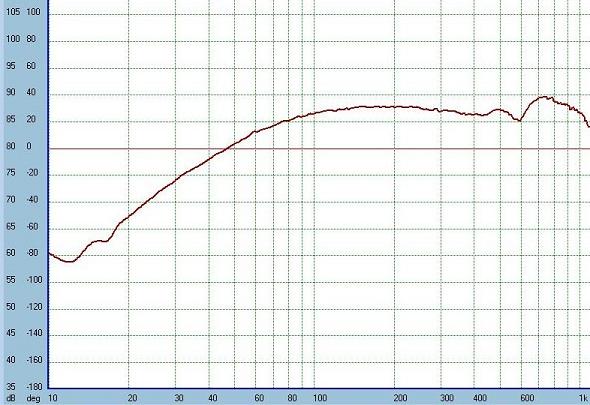 We can see that the roll-off, as expected for a sealed box, is second order. But note that the response looks a bit over-damped- it conforms quite closely to what Thiele-Small predicts, i.e., a Q of 0.50. Evidently, the high-pass filter formed by C2 and L3 helps peak the driver’s response near resonance to sharpen the transition to roll-off, bringing it up to pretty near an acoustic 4th order Butterworth. Removal of that passive filter means that we will have to peak the driver some other way.

Because our goal is to make the crossover symmetric, the target functions will be 4th order Linkwitz-Riley. One way to do it is to design an active high-pass filter with a sufficiently high Q to “peak” the overall acoustic response and sharpen the shoulder. That, of course, will only be possible at the driver’s resonant frequency. The (to my mind) simpler and more versatile way is to reduce the chamber volume and use the box to achieve the same response. That way, one can achieve the acoustic 4th-order Linkwitz-Riley by cascading a standard second-order high-pass Butterworth active filter with a second-order Butterworth driver-box response.

A bit of examination of the parameters in Table 1 suggests that reducing the box volume from 13.5 to 6 liters will do the trick; the stuffing level can be adjusted to fine tune the Q and resonant frequency. The response of the driver in a reduced volume box, the passive high-pass crossover removed (short C2, clip out L3), and an active 110 Hz 2nd order Butterworth inserted is shown here: 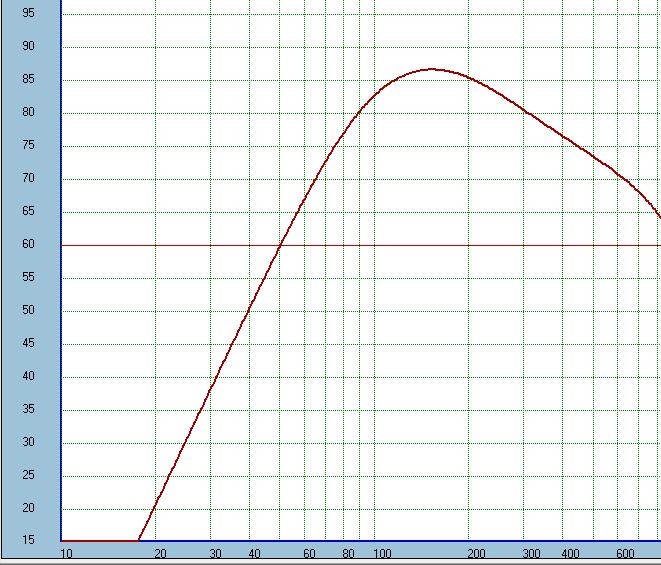 It can be seen that the response is similar to the passive system, but with a bit more “hump” at 160-170Hz as the new transfer functions interact with the remaining 300Hz passive low-pass filter. This will pay dividends as we will see later.

Make sure that your electric screwdriver’s batteries are well-charged: you’ll be pulling and remounting drivers repeatedly. First, demount the 6″ Foster midbass driver. It may take a little urging with a thin-bladed screwdriver to break the seal. Remove and save the stuffing from the chamber. Our task is to reduce the volume by roughly 6-7 liters. The easy way to do this is to cut various lengths of 2×4 that add up to the right volume, then glue and/or screw them in place. You can artfully play with length, orientation, and position to try to break up any box modes (probably not an issue), but be careful of the driver clearance. The slanted front of the box makes the fit quite tight.

If you are truly a sick puppy like me, you’ll remember the old joke: “What’s gray, howls at the moon at night, and is filled with cement?”

“A wolf isn’t filled with cement!”

So this is how I took up the volume: 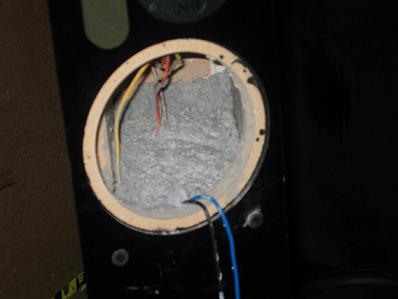 By playing with the stuffing density and distribution, you can tune the box pretty close to 100 Hz with a Q near 0.707. Use impedance measurements to verify, but if you put about 2/3 of the original stuffing in, you’ll be close enough. With the driver box providing a second-order Butterworth high-pass, the electronic crossover becomes easy to implement. Here’s a typical Sallen-Key network with appropriate values: 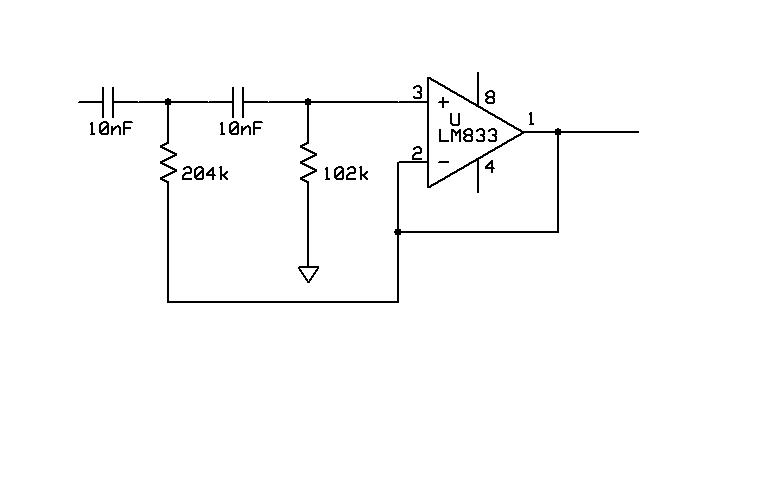 There’s nothing magic about this- there are any number of commercially available crossovers which would be suitable, and no shortage of buildable designs. An optimal way to do this is in the digital domain using either a soundcard or one of the many excellent digital crossover-equalizers like the popular Behringer DCX2496. We also need to get rid of the high-pass portion of the stock passive crossover, formed as a second order network by C2 and L3. C2 gets shorted, L3 gets clipped out. First, we need to get to the crossover. In most M3.3s, the crossover is built on two boards, with a smaller board for the 1259 mounted on the back wall and a long board for all the other drivers mounted on the bottom. The 1259 needs to be unscrewed to get in there, and will generally need some urging to demount. One way to do that is to back out all the screws just slightly (maybe half a turn to a turn), then run a high level 10-15Hz signal into the woofer. When it lets out a fart, that means you’ve broken loose, so turn off the signal and remove the screws. With the woofer out, pull out some stuffing to expose the crossover board. You’ll probably need to unscrew it and physically remove it to get to the parts that need excision. 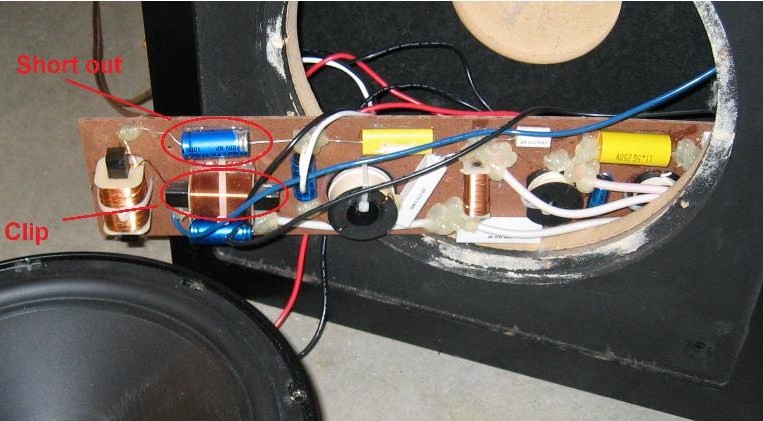